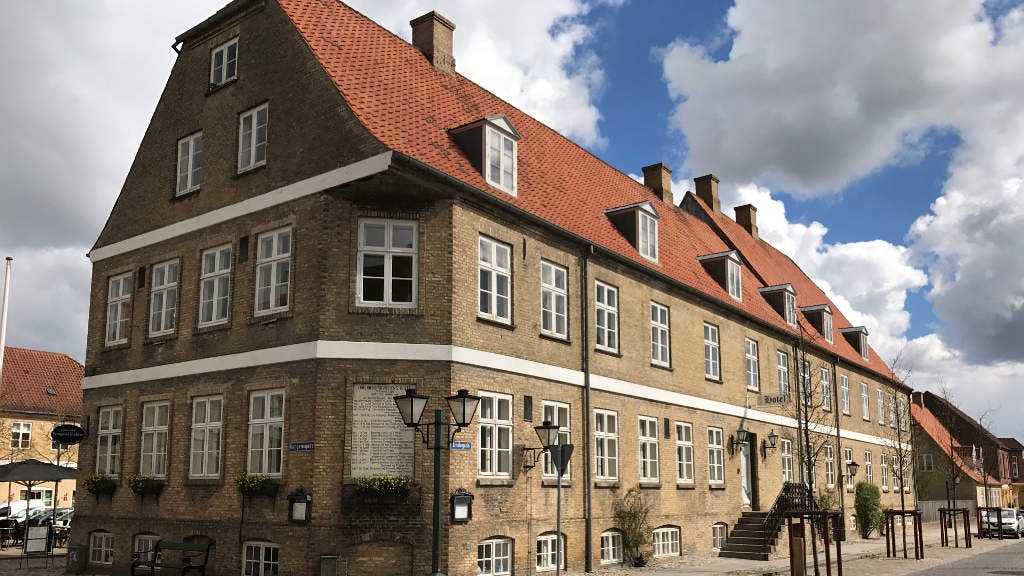 Photo: VisitKolding
Accommodation
Hotels
Experience one of the country's oldest hotels with a fantastic and exciting history in Christiansfeld | UNESCO world heritage.
Address

Experience one of the country's oldest hotels which has a fantastic and exciting history.

The hotel of the Moravian Brethren Hotel is one of the country's oldest hotels and has a fantastic history; for example, the armistice of 1864 was signed in room 7 where the declaration is also displayed.

The hotel was one of the first four buildings built in the city, with the first foundation stone being laid on 1 April 1773, and has been a hotel ever since.

The hotel underwent a complete renovation in the period 2004 - 2006 with support from the foundations Realdania and Augustinusfonden.

The restaurant is located in the basement which has arched vaults and a really cosy atmosphere. The food is top-notch with everything being made from scratch.